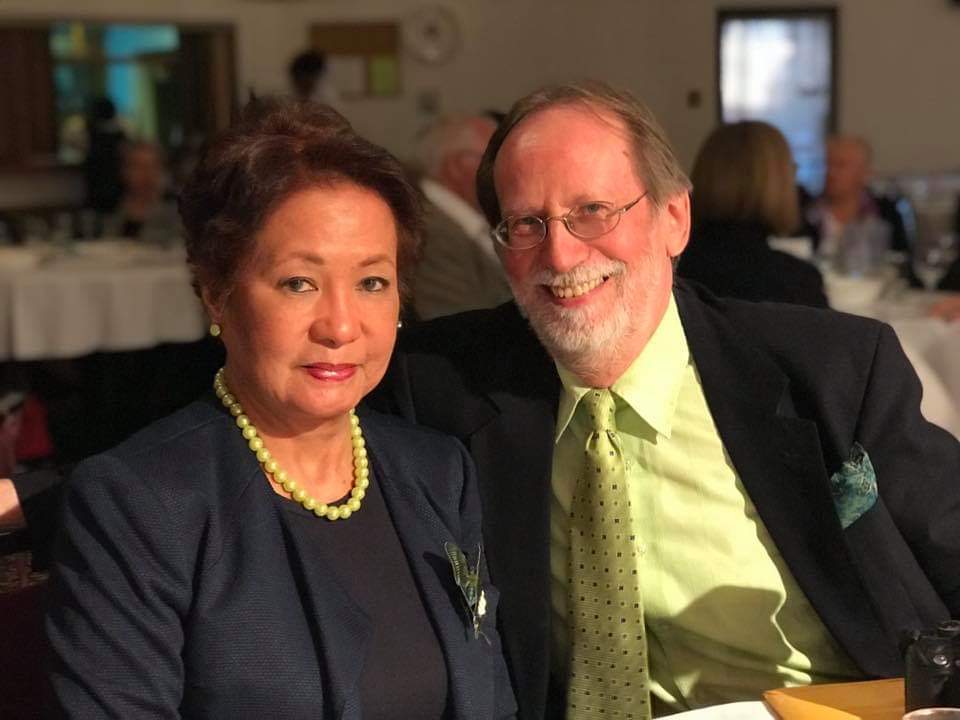 Arnim Joop and his wife Susan

The multicultural community newspaper Mill Woods Mosaic was founded by the German-Canadian journalist Arnim Joop in September 2008 and has been published monthly since then. The idea was to create a publication for the residents of southeast Edmonton which informs people about community events, provides information for new immigrants and other newcomers to Alberta, and promotes multiculturalism and diversity.

Mill Woods is a unique community with a very diverse population of more than 100,000 which includes immigrants and refugees from more than 100 countries around the world. This community is a colorful example of the great Canadian Mosaic, a community where people from many different backgrounds, religions and cultures live together peacefully and work together to create a better society.

Until recently, the Mill Woods Mosaic was printed monthly, and 4,000 copies were distributed to more than 250 locations in Mill Woods and the Meadows every month. But since the coronavirus health crisis started, many local businesses, restaurants, schools and places of worship have closed, so the traditional way of distributing the newspaper was made impossible. Therefore we have created a profile on Facebook (www.facebook.com/Mill-Woods-Mosaic) and this website, so readers can still read the newspaper every month and local businesses have a platform for advertising their goods and services.

Arnim Joop was born and raised in Germany. He grew up in Cologne and studied German literature, linguistics and political science at the University of Hamburg. He started working as a freelance journalist while he was still studying, and contributed regularly to several German newspapers. In 1989, Joop immigrated to Canada and worked as a reporter, photographer and editor for several weekly newspapers in southern Alberta, Fort Saskatchewan and Sherwood Park and the daily newspaper Lethbridge Herald. In 1995, he founded a monthly newspaper for German-speaking people in Alberta, the Albertaner,

Joop has received numerous awards for his journalistic work, including the Queen Elizabeth II Golden Jubilee Medal (2002) and the Alberta Centennial Medal (2005), and he won three times the annual journalism award of the Canadian Ethnic Media Association. And in 2002, Joop was one of the main organizers of a benefit concert for flood victims in the German Province of Saxony which raised more than $80,000, and he was recognized for that by the Premier of Saxony who awarded a medal to him.

Joop, who was already the editor of his high school’s student newspaper, is passionate about freedom of expression, equality and human rights and has fought against discrimination and racism for many years.

Joop is married to Susan, and the couple has two adult children and one grandson.